When Shall These Things Be?

If you have seen my post about the Hebrew Calendar, and picked up on the patterns from the past that are carrying through to the future, then you know that September will be a very interesting time. I believe that it will be the kickoff to the trials, tribulations, and calamities. I believe that it will start with a financial collapse in America, and spiral downward over the next few months before it gets really bad in the following Spring, and then worse from there.

Most people who are going to be ready, are already ready. Others have been “waking up” to the probable trials we will soon be going through, and are scrambling to get ready for them.

However, others have a “All is well in Zion” mindset. They have been through hard times before, and they expect to be through hard times again, but Christ “delayeth His coming.” In essence, they have given up on looking for the signs of Christ’s coming.

Now I will say this: I do not profess to know when Christ is coming. I am saying we can see the trials that preface His coming, which will tell us the season, if not the day or hour.

So, lets look at the different ways that Christ said His coming we be likened to:

A Thief in the Night

This is the one everybody knows. I’m not sure why everyone things of this one first (or only), but yes, He will come as a thief in the night. But why?? And to whom??

Let’s look at another analogy with thieves in it. The story of the Watchmen on the Tower, as found in Ezekiel 33:1-7 makes it seem that there is someone who is able to see from a far distance when the trials and tribulations are coming, which precede the coming of the Savior.

“And again, verily I say unto you, the coming of the Lord draweth nigh, and it overtaketh the world as a thief in the night

“Therefore, gird up your loins, that you may be the children of light, and that day shall not overtake you as a thief.” D&C 106:4-5

So the parable that we, Christians who are waiting and watching, fall into into is…

The Woman that Travails in Labor

Another parable that Christ and His prophets gave in reference to His coming is the woman that travails in labor.

What can we learn from a travailing in labor? Let’s look at this picture for a clue:

So what do we notice? There is a progression of events that are visible to those who watch for it.

Similarly, those who have studied and know to watch for the signs will be able to see the development of the world before the Second Coming of Christ. It will be spectacular, but not a surprise “thief in the night” experience.

Yes, quite right, enough speculation, lets see what the Prophet Joseph Smith said about this topic:

Remarks on the coming of the Son of Man by Joseph Smith the Prophet, made in Nauvoo:

“Christ says no man knoweth the day or the hour when the Son of Man cometh. This is a sweeping argument for sectarianism against Latter-day ism. Did Christ speak this as a general principle throughout all generations. Oh no, he spoke in the present tense; No man that was then living upon the footstool of God knew the day or the hour.

“But he did not say that there was no man throughout all generations that should not know the day or the hour. No, for this would be in flat contradiction with other scripture for the prophet says that God will do nothing but what he will reveal unto his Servants the prophets, consequently if it is not made known to the Prophets, it will not come to pass…” 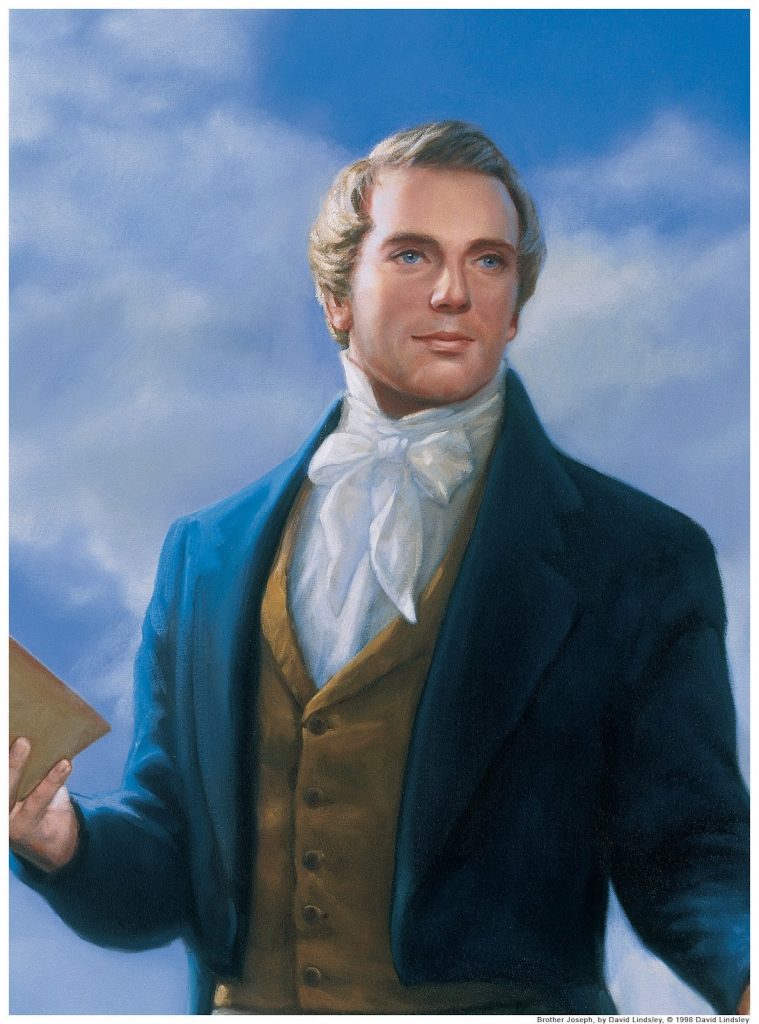 “Jesus Christ never did reveal to any man the precise time that He would come [see Matthew 24:36; D&C 49:7]. Go and read the Scriptures, and you cannot find anything that specifies the exact hour He would come; and all that say so are false teachers.” Regarding a man who claimed to have seen the sign of the Son of Man, the Prophet Joseph Smith said: “He has not seen the sign of the Son of Man, as foretold by Jesus; neither has any man, nor will any man, until after the sun shall have been darkened and the moon bathed in blood; for the Lord hath not shown me any such sign; and as the prophet saith, so it must be— ‘Surely the Lord God will do nothing, but He revealeth His secret unto His servants the prophets.’ (See Amos 3:7.) Therefore hear this, O earth: The Lord will not come to reign over the righteous, in this world, in 1843, nor until everything for the Bridegroom is ready.” (Teachings of Presidents of the Church: Joseph Smith, Chapter 21: The Second Coming and the Millennium)

Surely the Lord God will do nothing until He reveals it unto His servants the prophets.

I’d say the Second Coming of the Anointed One counts as “something,” wouldn’t you? Christ has warned us, and is continuing to warn us through His prophets.

Don’t content yourself to only listen to their voices once every 6 months, for the prophets have spoken of our day for literally thousands of years! Seek out and soak up their words, their warnings and instructions. Christ wants us to prepare ourselves, and when we do He will fill in for the things that we can’t prepare for.

Well there you have it folks, let no one use the “No man knows the day, nor the hour” excuse to not prepare, or to discourage you from preparing yourself. Christ is coming, gird up your loins, for He is sending forth signs, and the faithful will know Him when He comes, and be at peace.

A Christian, father, conservative, and a web developer. These articles are some of my thoughts, kind of like a journal, that perhaps my children will someday read.
PrevPreviousLatter-day Saints Intro to the Hebrew Calendar
NextResponse to The Prodigal DaughterNext