A Timeline of Real Events, and Projection of Possibilities14 min read

Signs We Can See

A common theme throughout the words of Christ in every section of canonized scripture are the signs of the advent of Christ. He promises that there will be “wonders in the heavens, and signs on the earth below.” Acts 2:19. Here is a timeline of signs in the heavens above, and in the earth below, including warnings from modern prophets. There are some that are certain to come to pass, such as the things written in the stars, and others that are uncertain, but seem more and more likely as we get further along this timeline…

Below is a more detailed explanation than what you can see in the graphic. 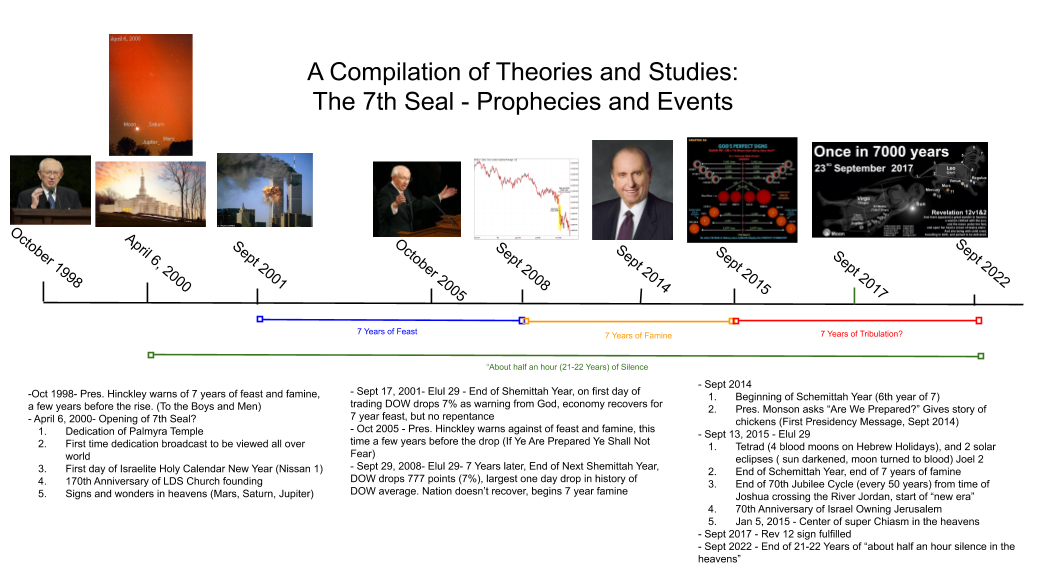 This section connects the ancient 7 year cycles of God’s calendar, with the words of His prophets, and real world events.

The Israelite years were reckoned like their weeks. They would work for 6 years, then rest the 7th (Lev 25:8-9).

“Now, brethren, I want to make it very clear that I am not prophesying, that I am not predicting years of famine in the future. But I am suggesting that the time has come to get our houses in order. So many of our people are living on the very edge of their incomes. In fact, some are living on borrowings. We have witnessed in recent weeks wide and fearsome swings in the markets of the world. The economy is a fragile thing.” 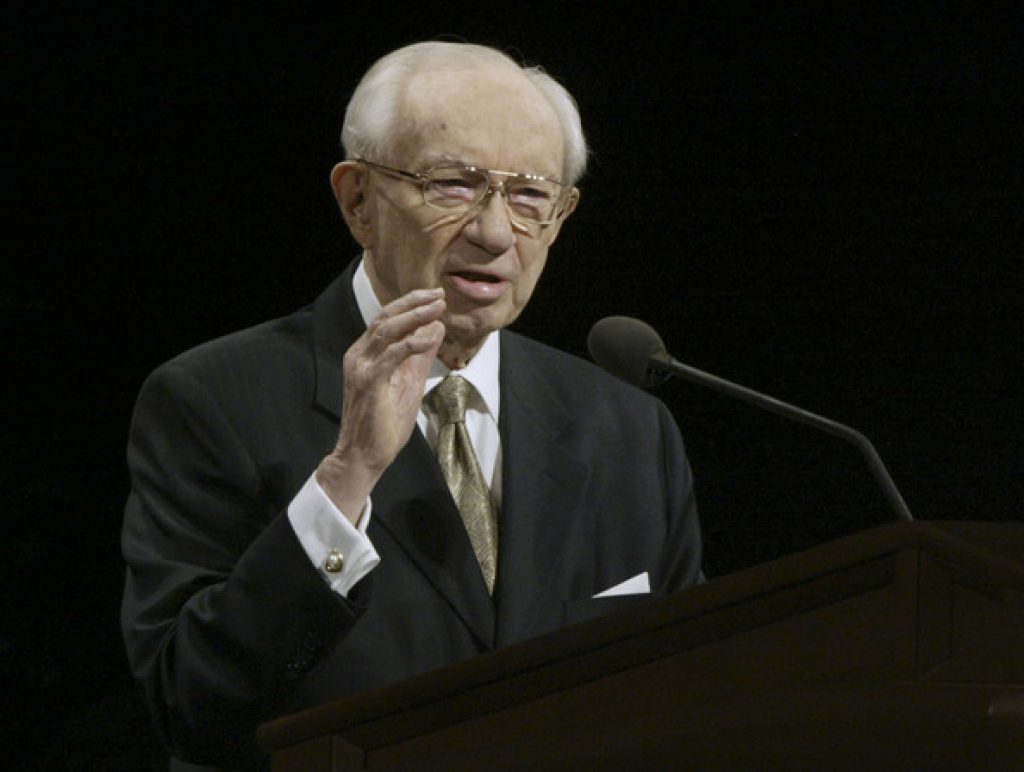 This was the first day of the 7 year cycle. America had been dedicated to God, He has chosen this as a promised land, and many have turned from Him. He sent us warning from the prophets, and called America to repentance, much like He did with Israel in Isaiah 9:10.

On the exact same day that the stocks opened (Sept 17), the day before the Hebrew New Year started (Elul 29). To call America to repent, He wiped out some of our wealth when the DOW dropped 7%. (Largest crashes in History)

However, God gave us the 7 years to repent, and for the righteous to heed the warnings of the prophet to gather for the time of famine.

Oct 2005 – President Gordon B. Hinckley – “If Ye Are Prepared Ye Shall Not Fear”

Again warned of 7 years of feast and famine:

“Let us never lose sight of the dream of Pharaoh concerning the fat cattle and the lean, the full ears of corn, and the blasted ears; the meaning of which was interpreted by Joseph to indicate years of plenty and years of scarcity (see Gen. 41:1–36).”

Notice that both warnings are given in October, and followed by a collapse after a few years for preparations in September.

Congress didn’t pass the Bush Bailout, which is attributed as being the cause of the crash.

Again, same day: Elule 29 (Sept 29), God wiped out 7% of our wealth. The DOW dropped an average of 777 points on this day. This time we didn’t recover, which sent us into the Great Recession.

China greatly devalued its currency which sent shock waves around the global economy.

There wasn’t a single massive hit, but this is Johnathan Cahn’s insight on the economic events.

The world has gone crazy, many people already joke about future generations pretending 2016 didn’t exist. The secret combinations are allowing two corrupt insiders to battle for power, trying to see which one can get away with more, this election cycle has left American Christians with no moral option outside a 3rd party candidate.

Blood Moons and the Hebrew Calendar

This topic is closely tied to the 7 years of Feast and Famine, however to compartmentalize, this section was broken up.

Think back on the first paragraph about the 7 year cycles, the Shemitahs. Every 7 Shemitahs (7×7 years= 49 years) the 50th year is a Jubilee year. Every 7 Jubilee’s is a Super Jubilee year.

Jubilee years are like super Shemitah’s. They are massive celebrations, and something significant is that for this year all land will go back to the original owner.

Every time that Israel was returned to their land, whether by the the first time with Joshua when they sacked Jericho, or the Babylonians, or the winning Jerusalem from the Muslims in the 6 Day War, it always happened on a Jubilee year. Sept 2015- Sept 2016 will be a Super Jubilee year

As Israel follows God, they are blessed. As they turn away from God, the Shemitah year becomes a sign of judgement (see “The Mystery of the Shemitah”, Jonathan Cahn).

September 2015 is the end of the Shemitah year (7 year cycle) and a Jubilee year (50 year cycle); This will be the 70th Jubilee cycle since Joshua led Israel across the River Jordan. 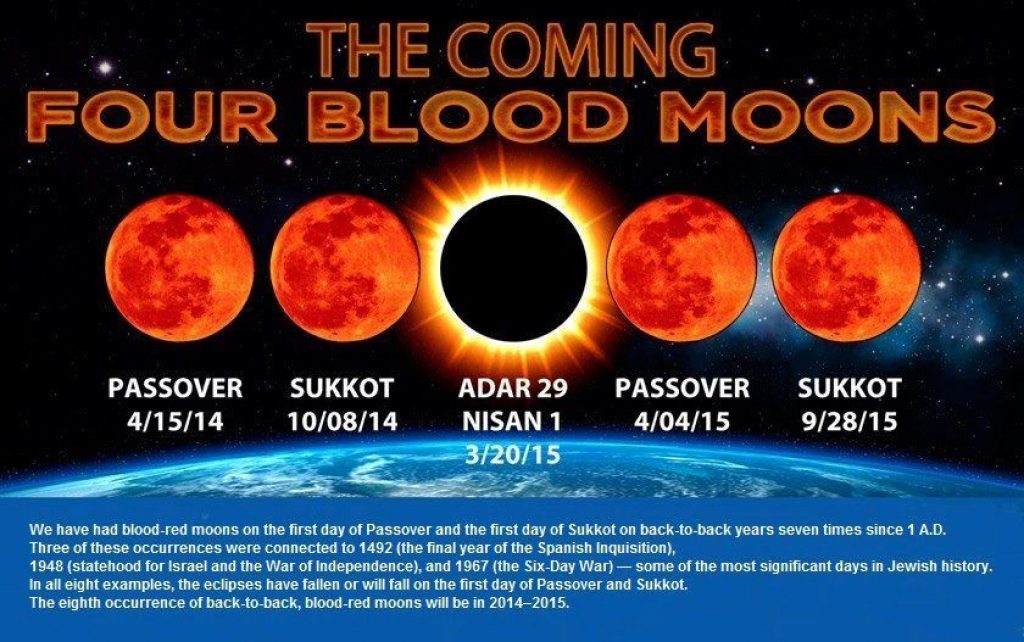 To learn more about the blood moons, which have recently been arrayed in a chiasmus spanning 8 years, check out this photo. There is a perfectly split chiasmus (ancient Hebrew poem style, found in the Old Testament and Book of Mormon), and its IN THE SKY.

The Significance of the Year 2015

To set things up properly, we need to step back to the Sept 2014 First Presidency Message, “Are We Prepared“

Now, I leave it to you to make the connection to being prepared. Who is represented by the laborers, who are the chickens, and what is the fire?

When I originally wrote this, I predicted that the Supreme Court would rule against the sanctity of marriage.  June 26, 2015, that event occurred. Interestingly enough, this is the same day that the ancient walls of Jerusalem were breached, and the sacred city defiled.

According to Jewish Rabbis, as they interpret the book of Genesis, there was something significant about the phrase, “married, and given in marriage.” It wasn’t just violence that caused the flood, it was also the destruction of marriage and family. 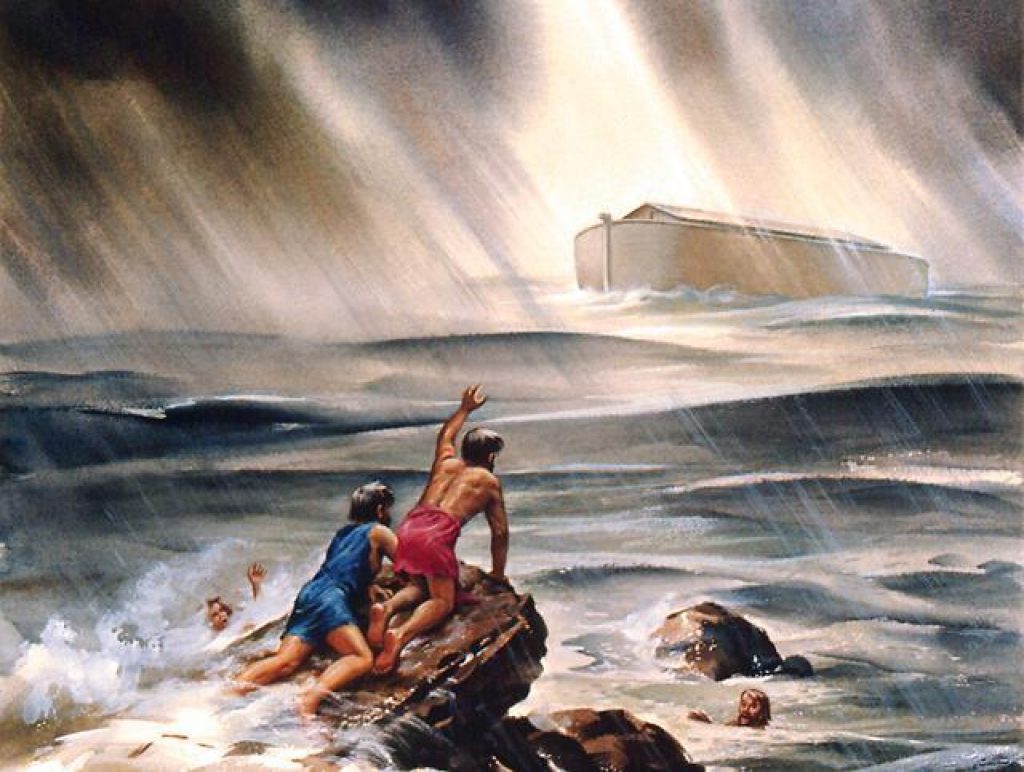 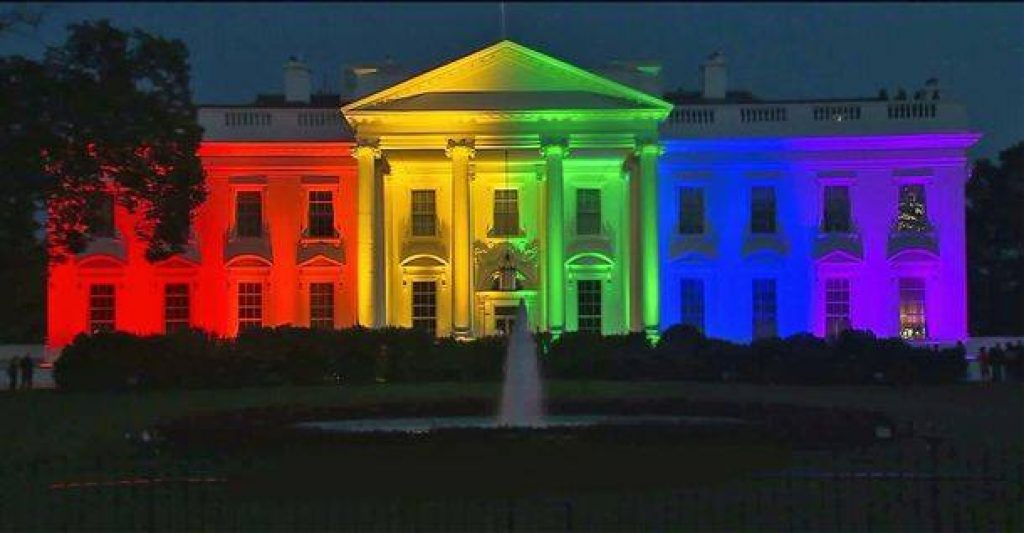 This year will be very significant. 70 comes up multiple times in the scriptures, such as the 70 years Babylon had Israel in captivity before they were returned. 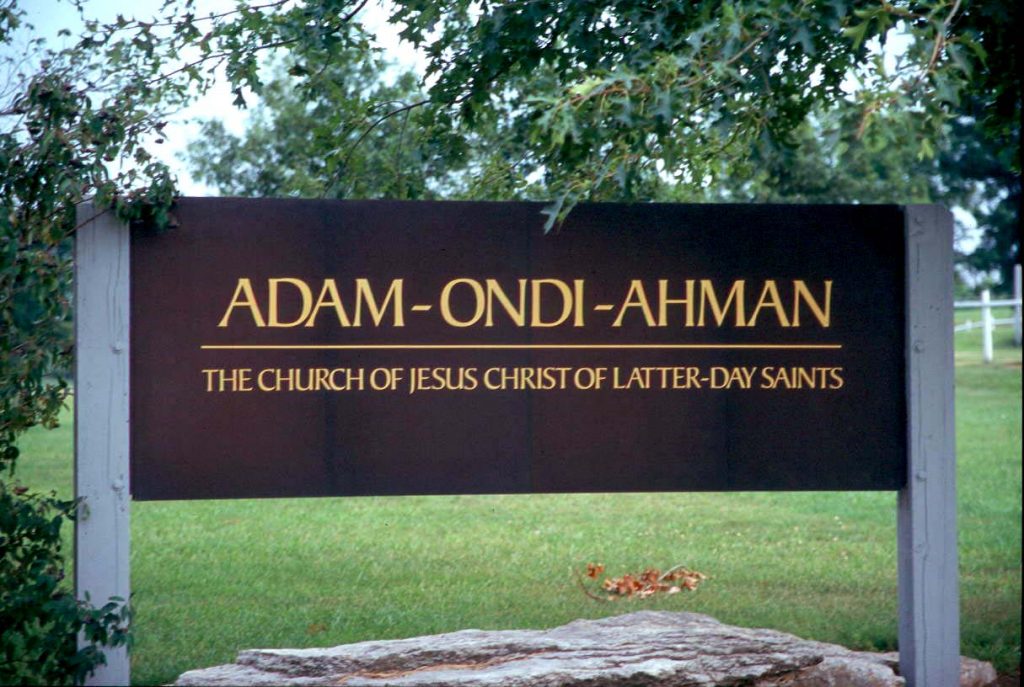 President Hinckley “Living in the Fulness of Times”, general conference October 2001; “The vision of Joel has been fulfilled..”

Joel 2:28-32 “And I will shew wonders in the heavens and in the earth, blood, and fire , and pillars of smoke. The sun will be turned into darkness, and the moon into blood, before the great and terrible day of the Lord. And it shall come to pass,that whosoever shall call on the name of the Lord shall be delivered: for in mount Zion and in Jerusalem shall be deliverance, as the Lord hath said, and in the remnant whom the Lord shall call.”

However, signs can be fulfilled more than once, and this will be significant because the sun will be darkend and the moon turn to blood for a total of 6 signs this year.

Continuing with the 7 year cycles, the only other 7 year period mentioned in the scriptures is the 7 Years of Tribulation found in Rev 13, indicating that perhaps Sept 2015-2022 will be the 7 years of tribulation.

In the “Speculation” section we go over the opening of the 7th seal, which starts with “about half an hour.” While we can only guess what that means, consider that if 1 day to God is 1,000 years to man, then “about half an hour” to God would be 21-22 years. 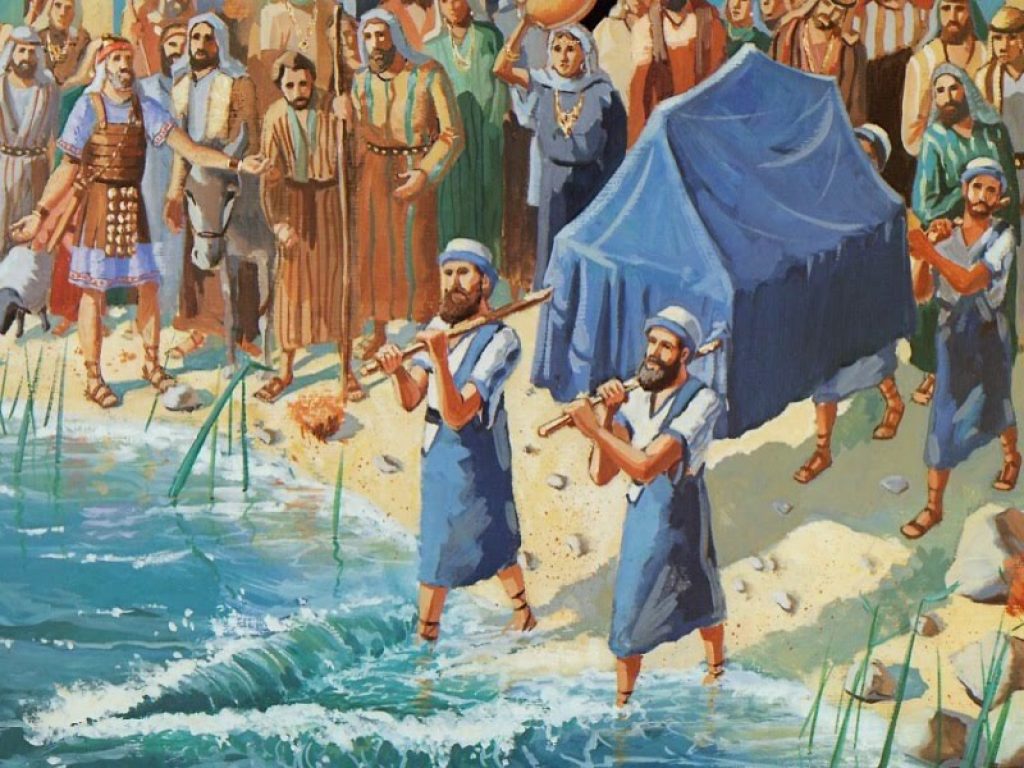 The 4 Blood Moons in one year signify something special for Israel every time they happen. See the Times and Seasons article. The temple in Jerusalem could be rebuilt in the next year, which is a major fulfillment of prophecy for the Coming of Christ.

Recapping the important events that happened in 2015:

Something amazing is happening very soon.

This sign is especially wonderful. No one in their right mind can doubt that this scripture is being fulfilled at this time, the only time in 7,000 years that is will be fulfilled so perfectly since the creation of the earth.

“And there appeared a great wonder in heaven; a woman clothed with the sun, and the moon under her feet, and upon her head a crown of twelve stars. 2. And she being with child cried, travailing in birth, and pained to be delivered.”

Just watch this. Trust me. Many of us have done the research, he gets the signs right. You will also need to know that the Mazzoroth (commonly known as the Zodiac) is the constellations that God gave to His people, which were taken by other nations and corrupted. This is not astrology, this is recognizing the signs God promised us in the heavens ever since Gen. 1:14.

You can also watch this video, because this sign has never been fulfilled so perfectly as it will in Sept 2017 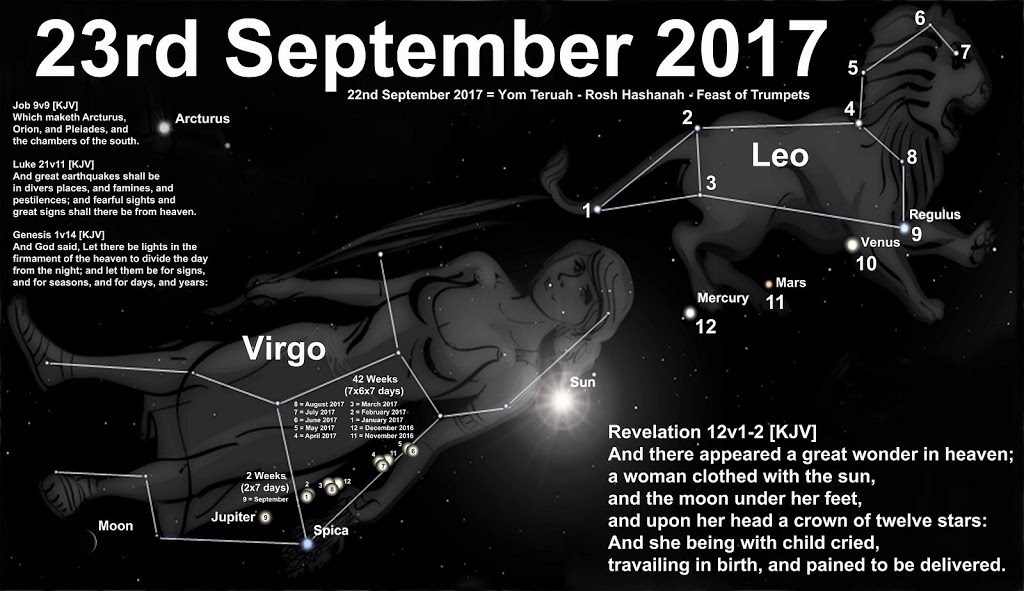 The opening of the 7th Seal sounds like a temple dedication.

Still in Revelations 7, when we get to the middle in verse 9-10:

9 After this I beheld, and, lo, a great multitude, which no man could number, of all nations, and kindreds, and people, and tongues, stood before the throne, and before the Lamb, clothed with white robes, and palms in their hands; 10 And cried with a loud voice, saying, Salvation to our God which sitteth upon the throne, and unto the Lamb.

This seems to describe a temple dedication. It says that members from all nations, tongues, people would be in attendance.  How would that be possible?  Palmyra was the first televised temple dedication where ALL worthy members over the age of 12 could attend.

Palms in their hands — members used white hankies to wave for the Hosanna Shout.  These hankies represent the palms laid in front on the Saviors path on his triumphal entry into Jerusalem days before his crucifixion. Vs. 10, it is talking about the Hosanna Shout.

Verse 12 begins and ends with AMEN and there is no doubt this is the description of the dedicatory prayer.

In fact – President Hinckley used half of those exact words in the dedicatory prayer and the other words were inferred. Likely more would have been similar with a better translation of that chapter from the original Greek. 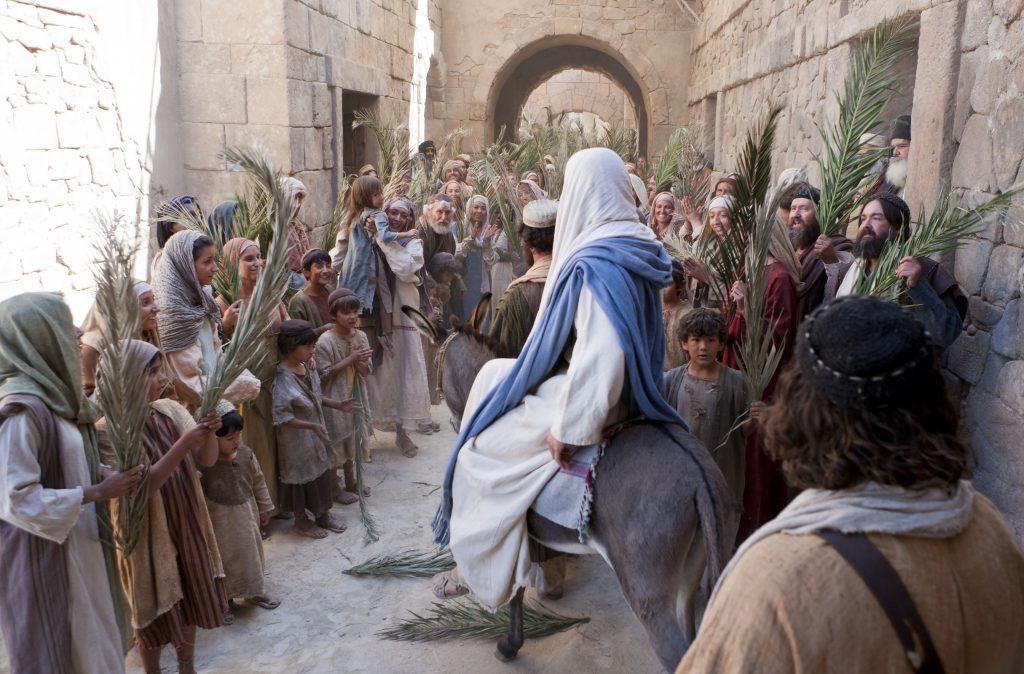 In Revelations 8:1, the Seventh Seal is opened immediately thereafter. In figuring the timeline for Rev 8:1 “about the space of half an hour”, this would equal just over 20 ½ years.

April 6, 2000 is believed to be the Savior’s 2000th birthday, as well as the day of His resurrection, but it is definitely the the 170th anniversary of the restoration of the church, and the day that the Last Supper occurred.
The Palmyra Temple was the 77th temple to be dedicated.

Members at the dedication claim to have been told by attending General Authorities that this moment marked the opening of the 7th Seal. It is also reported that the temple workers at the Palmyra Temple will attest the same thing.
Also significant on April 6, 2000 were the signs in the heavens, found here.

So we have the beginning of the Hebrew Sacred Calendar, signs in the heavens, the 2000th birthday and possibly resurrection day of the Savior, and the dedication of the temple where the Restoration of the Gospel happened.

A Christian, father, conservative, and a web developer. These articles are some of my thoughts, kind of like a journal, that perhaps my children will someday read.
PrevPreviousMercy to the Pharisees, Mercy to You
NextConfusing the Mark of the Beast with MicrochipsNext