The One Problem with the Trump Presidency3 min read 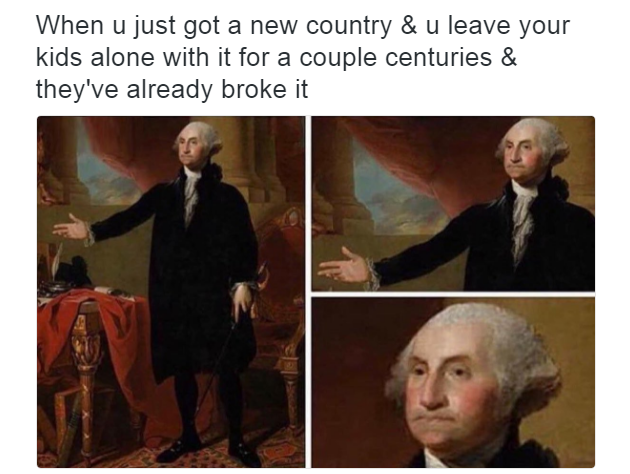 Hold on Republicans, don’t give me the “angry” reaction just because I am offering a light criticism of President Trump. I am not going to call him Hitler, or a racist Nazi, or anything like that (sorry Democrats).

My real concern is that he is the only one doing them.

I don’t have a personal grudge against Trump. I am concerned that the President, the leader of the Federal Government, is solving State level problems.

Why does that matter? As long as the problem gets solved, right?

Sure it’s nice to have the problem solved, but if a single man in office can unilaterally make decisions about our everyday lives, whether their name is Obama, Trump, Hillary (*shudders*), or whoever comes next, the next single person can easily undo everything good President Trump has done.

Unlike a monarchy, where all decisions change based on the will of whoever holds the reigns, a Republic is slow, clunky, and stable. It takes a lot of work to mess up a Republic, but those working behind the scenes have been at this a long time.

What I want in a President is one who will undo the power of the Federal Government to control our lives. I don’t want to be afraid of what the next President, the one after Trump, may do. I don’t want to be concerned that the LDS prophets are warning us of dangers to our religious freedom. Their growing concern, whatever is causing it, frightens me! What are they seeing in the future of this nation that I am not, and how can I prevent it from happening?

Give that power back to the States, where individual citizens can elect local representatives, people we know and can monitor, to stand as vanguard of their rights and liberties. Take that power from the Feds, where power is hidden away in Washington, and let us solve problems on our terms, in our way. That’s how the Founding Fathers meant for things to be done. That’s why the Constitution originally set up our nation to do.

Join with me. Don’t blindly oppose everything Trump is doing because you don’t like him, that’s foolishness. Be for something. Be for limited government. Be for personal responsibility, and States rights. We can get our nation back on track, but to do so we need to restore the Constitution and it’s principles of small government liberties.

A Christian, father, conservative, and a web developer. These articles are some of my thoughts, kind of like a journal, that perhaps my children will someday read.
PrevPreviousMost People Misunderstand Agency
NextA Bright and Hopeful FutureNext